Great news! We have secured a block of rooms at an overflow hotel at about the same price as the Westin (conference hotel). Please see below for more information.

The conference hotel is the Westin Bayshore Vancouver

Rooms at this hotel are sold out. Please use the overflow hotel listed above if you still need accommodations.

NASPSPA encourages you to stay at the conference hotel (book here!). NASPSPA is committed to fulfilling a minimum number of sleeping rooms. In exchange we get fantastic meeting room space at the hotel. If we did not have a contract, we would have to rent meeting room space at the hotel or at a convention center at considerable cost.  As an organization we enter into binding contracts with our host hotels years in advance and base our predicted room numbers on past experience. Some organizations have decided to charge participants an extra rate if they do not stay at the conference hotel. NASPSPA has decided not to take this approach at this time and hope that our members will stay at the Bayshore. We know you may be able to find less expensive accommodations, but that may lead to paying huge attrition rates. You can reserve and cancel up to 48 hours in advance with no penalty. Additionally, the hotel has lots of amenities, which can be found here.

The room rates start at $269 Canadian (which is about $200 US dollars per night). If you put 4 people in a room, that would be about $200 US per person for your entire stay. The rooms are really quite nice and many have a view! If you need help finding a roommate contact the student rep at harjiv.singh@unlv.edu.

Also June is high season in Vancouver and hotels downtown are expensive. We ask that you book through the link above to be sure that NASPSPA gets credit for your booking. Also it is easier to make changes if needed. The earlier you book the more likely you can request a room with a view. 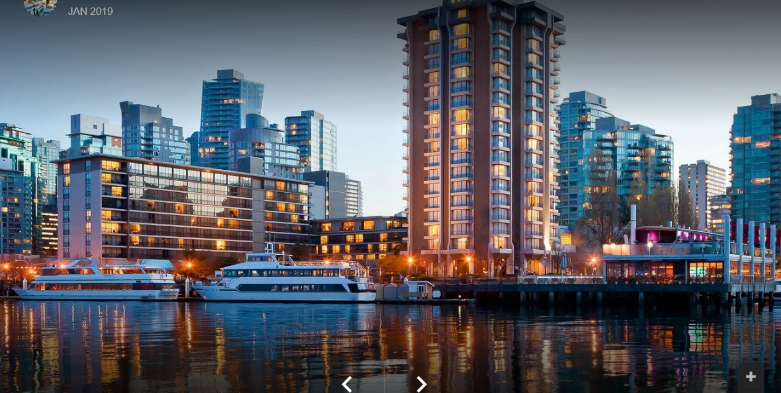 **Only Book Directly with the Hotel. Recently, in the convention/annual meeting business, companies are inaccurately representing themselves as a “housing vendor” are contacting individuals soliciting business. Specifically, they will offer to make hotel reservations within the NASPSPA block on your behalf or even offer you a discount from the NASPSPA rate.

If you book your hotel by January 29th, you will be entered into a drawing for one free hotel room (Wednesday through Saturday). Two lucky winners will each win one free night. Book here!

If you book by January 29th and stay over on Sunday night, there will be a second drawing for two other winners, each winning a free Sunday hotel night. Book here!

The Westin Bayshore was the International Olympic Committee’s hotel during the 2010 Olympic Winter Games and also held the organization’s 122nd IOC Session, which included the host city vote for the 2014 Youth Olympic Games. More recently, it was the hotel for FIFA executives during the FIFA Women’s World Cup held in Canada this summer.

The following information was posted in The Canadian Encyclopedia and tells the story of a famous visitor to the hotel. “Early Tuesday morning, March 14, 1972, a long-haired and bearded old man shuffled into the lobby of the Bayshore Inn. He wore an old bathrobe and sandals, and he was surrounded by burly men. “This is pretty nice,” he said. He was the billionaire Howard Hughes, and that was the start one of the oddest visits in Vancouver history.

Hughes arrived unannounced from his float plane and asked for the top four floors. When the manager told him there were no vacancies, Hughes’s solution was simple: “If I don’t get the rooms, I’m buying the hotel.” It wasn’t an idle threat: he had once bought the Las Vegas Desert Inn when it tried to evict him. Somehow, the four floors were cleared, and the reclusive billionaire was in for a long stay.

His bedroom windows were blacked out against the prying eyes of the press, but they tried every means they could to catch a glimpse of the odd Mr. Hughes, including a reporter sailing past in a hang glider. 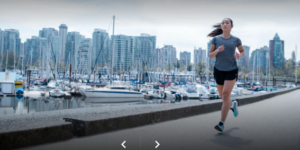 Step outside the hotel and take a jog around the Seawall in Stanley Park.

Just a short walk down the harbor and you can hop on a seaplane.