Per the NASPSPA Policy Manual, former NASPSPA members and contributors who have passed away may be memorialized in the newsletter and on our website. The memorial(s) below represent persons for which a tribute was included in the latest newsletter. If anyone hears of a NASPSPA-related contributor passing, please send this information to President-Elect Meghan McDonough (meghan.mcdonough@ucalgary.ca) and/or Past-President Liaison Deb Feltz (dfeltz@msu.edu). 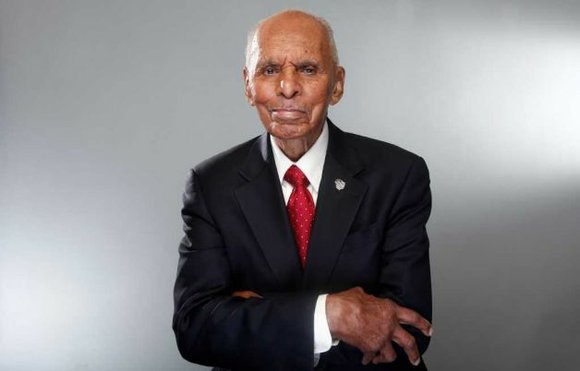 NASPSPA recently learned about the passing of Roscoe C. Brown, Jr. in 2016. He was an important member of our Society and our field, and we are recognizing him in this volume of our newsletter.

Roscoe C. Brown, Jr. passed away on July 2, 2016 at age 94. Born in Washington, D.C., Brown graduated from Springfield College in 1943. He joined the Air Force, where he served as one of the Tuskegee Airmen. He served as a squadron commander and received the Distinguished Flying for his service during World War II. After the war, he worked as a social investigator with the New York City Department of Welfare, and as an instructor in physical education at West Virginia State College.

He entered graduate school at New York University, earning an M.A. in 1949 and a Ph.D. in 1951. He became the director of the Institute of Afro-American Affairs and a professor of education at New York University in 1950, where he worked for the next twenty-seven years. In 1977, Brown was named president of Bronx Community College, a part of the City University of New York (CUNY), and continued there until 1993. Brown served as director of the Center for Urban Education Policy at the Graduate School and University Center of CUNY.

Brown was a member of NASPSPA from its inception, serving as the society’s first Secretary-Treasurer from 1967 until 1971. He was the first Black executive committee member of NASPSPA. Brown was also a founding member of the American College of Sports Medicine. He published numerous articles and contributed to several books, and was the recipient of many awards, including the New York City Treasure Centennial Honor from the Museum of the City of New York.

Brown was active with many organizations, including more than thirty years of service to the Boys & Girls Clubs of America. He was also active with the Jackie Robinson Foundation and Libraries for the Future. Brown hosted the television program, African American Legends, and he won the 1973 Emmy Award for Distinguished Program with his weekly series Black Arts. Brown also completed nine New York City marathons. He had four children.